Climbing holds are classified based on their shape and orientation. Tree climbing holds follow the same patterns as the holds you would see in a climbing gym. The only exception is that larger holds like volumes and flakes aren't regularly used on trees. Knowing the different types of holds is important for controlling the difficulty of your route and creating interesting and fun moves.

A hold on a route can be difficult for many reasons including, shape, size, roughness etc... The words below are general terms that describe how easy it is to grab a hold and maintain contact. These terms take into account all of the aspects that make a hold easy or hard to grab and can be used to describe any hold or hold type. 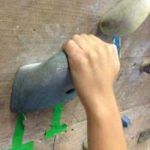 A positive tree climbing hold is a hold that is easy to grip. A hold can be positive because of the definition of its edge, texture and so on. Jugs are the most positive holds and slopers are usually the least positive types of holds. Positivity is a relative term and can depend on many different factors. It can be used to compare different types of holds or different holds of the same type. The positivity of a hold is determined relative to the other holds on the route, the difficulty of the route, and the skill level of the climber. 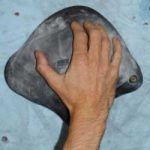 Thin holds are the opposite of positive holds. A hold is thin if it is difficult to grip. Any type of climbing hold can be described as thin. Slopers are usually the thinnest holds and jugs are usually the least thin holds. Thin holds usually make up the crux (most difficult part) of a route. Similar to positivity, the thinness of a hold is a relative term that depends on the context.

The type of climbing hold can describe the shape of the hold or the technique climbers employ to use it. Tree climbing holds have a lot of crossover; therefore, two or more hold types can be used to describe a hold. More often than not a hold falls into one main category and then another hold type is used to describe an aspect of the hold. For instance, a pinch that requires a lot of friction to grip could be called a slopey pinch. 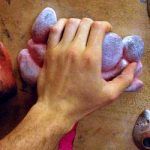 Jugs are the easiest type of tree climbing hold. Jugs are large positive holds that don't take a lot of effort to use. For this reason jugs, make up the majority of the holds on beginner routes. Most of the time jugs resemble a handle but jugs can come in many different shapes. Some climbers even use the adjective “juggy" to describe how positive a hold is. For example instead of saying, “that crimp was really positive" you could say, “that crimp was really juggy." 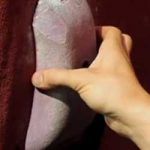 This tree climbing hold is named after the way the climber has to grab it. Pinches require that you use your thumb on one side and other fingers on the other side to squeeze the hold. The quintessential example of a pinch is a thin vertical hold. Although, not all pinches are thin and vertical. Pinches can be big, small, wide, narrow, or anything in between. Technically, any hold is a pinch when it is easiest to use your thumbs and fingers to grip it with opposing force. 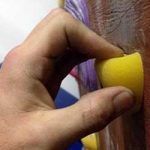 Crimps are smaller holds that you have to grip with your fingertips. Crimps are at most as deep as one or two knuckles. Most of the time they aren't even that deep. Crimps can be difficult for novice climbers because of the strength and technique it takes to grab them. On the other hand, crimps can make for very positive footholds. 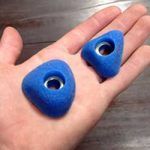 Chips are the smallest type of tree climbing hold. Chips are typically the size of a silver dollar coin. Chips are most often used as footholds and are only used as handholds on advanced routes. For this reason most people simply refer to chips as footholds even if they are intended to be used as a handhold. Due to their size, chips can be difficult to use without climbing shoes. 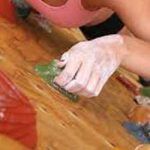 Incut holds fall somewhere in-between jugs and crimps. Incuts are thinner than jugs but are more positive than crimps. If you can't define it as either a jug or a crimp, chances are it's an incut. Some people even use the term “mini-jugs" to describe incuts. Incuts are great for routes of all difficulty levels. 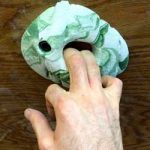 Pockets are tree climbing holds with holes that fit one or more fingers. Pockets are usually described in relationship to how many fingers fit inside the hold. They are also described with respect to how shallow or deep they are. For example, you could describe a hold as a deep two-finger pocket. Pockets that only fit one finger are called monos. 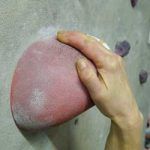 Slopers are rounded holds that depend on friction to maintain grip. Slopers do not have any lips or edges. Slopers are hard for novice climbers because of this lack of edge. Climbers also use “slopey" as an adjective to describe the amount of friction it takes to grab a hold or the lack of a definitive edge on a hold. Slopers are usually the least positive holds. The secret to gripping a sloper is to maximize the surface area of your hand in contact with the hold. 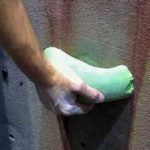 Underclings are upside down tree climbing holds. These types of holds are gripped with the palm facing upwards and require the use of some oppositional force. Underclings are more positive the higher the climber's feet are in relationship to the hold. Using underclings in your route will add a unique challenge and force climbers to focus on balance, footwork and the direction of force. 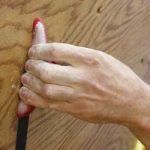 Sidepulls are holds rotated 90 degrees and are off to one side of the climber instead of directly above. The hold is facing away from the climber so that the edge is oriented vertically or diagonally instead of horizontally. When a climber is doing a sidepull their thumb is pointing upward. Sidepulls force climbers to pull on the hold toward their body. Sidepulls can be used to simulate laybacks, flakes and other features found in outdoor rock climbing. 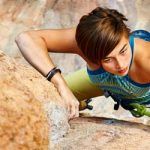 Gastons are similar to sidepulls in that the holds are also rotated 90 degrees. The difference is that the hold is facing toward the climber. This forces the climber to grip the hold with their thumb pointing downward and elbow pointing away from themselves. The motion of a gaston is akin to pulling open an elevator or opening a sliding door.

Counting down the top 5 climbing games that you can play at your Fun Climb or Family Entertainment Center. These games are beginner friendly and pure fun.

An Interview with John Brosler: The Fastest American Man in Climbing

Team USA’s John Brosler talks about his journey to becoming the fastest American man in climbing, the upcoming 2024 Olympics Games, and how his training changes between different climbing disciplines.

Running a successful FEC is anything but easy. These are four steps that we’ve taken to simplify the experience of owning and operating a TRUBLUE Auto Belay.